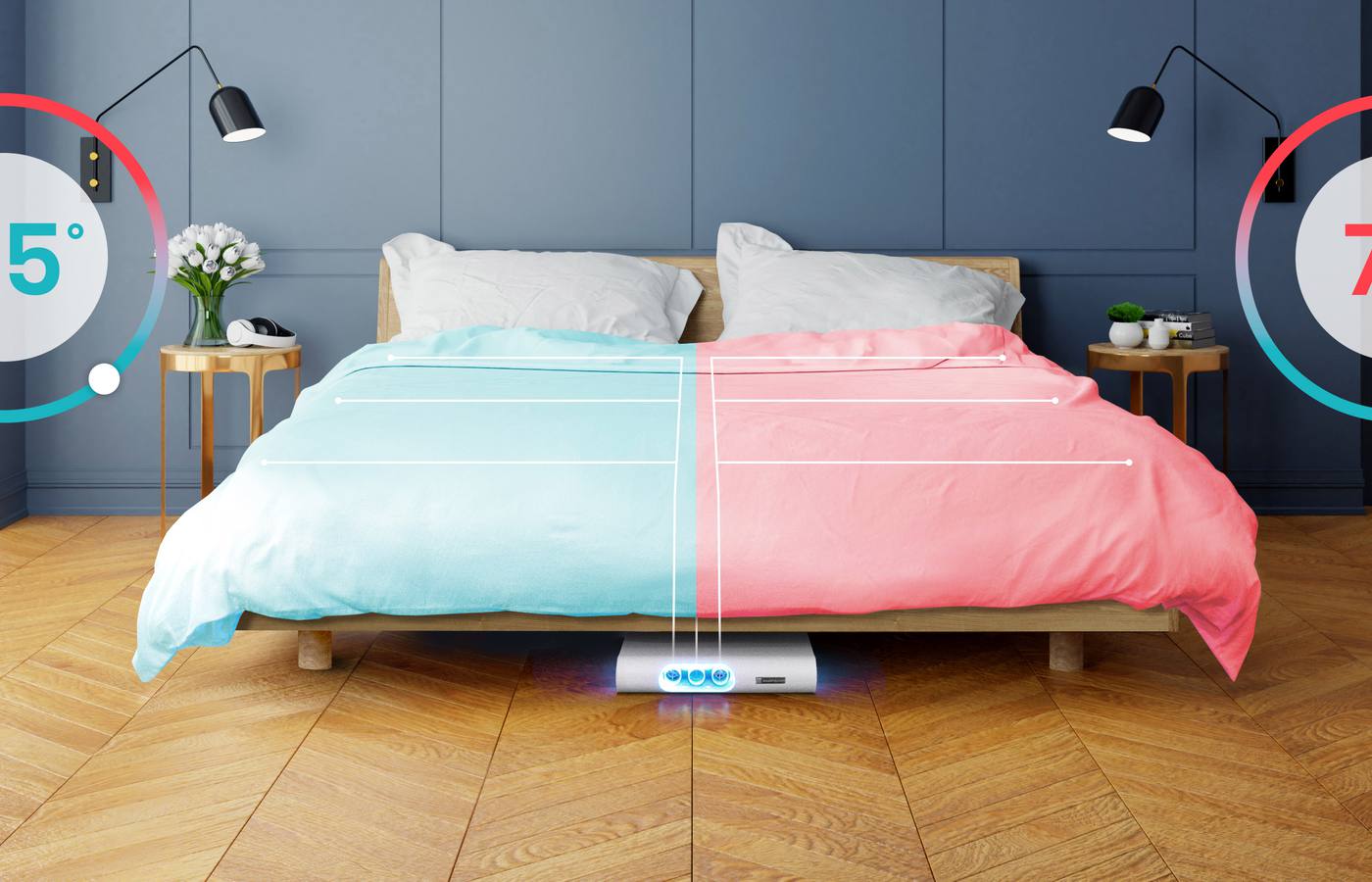 The Dual Zone Smartduvet: What Does It Do and Do I Need One?

It seems like everyday a new smart home device comes out. And the latest and greatest innovation in the smart home industry today is the Smart Duvet. The Smart Duvet Dual Zone Climate Controlled Bed gives you the opportunity to sleep at your ideal comfort level. Better yet, the Smart Duvet has a self-making feature that allows you to skip the chore of making your bed each morning. Smart Duvet uses patent-pending technology as a way for you to control all settings through their compatible mobile application.

Smart Duvet is a product funded through crowdsourcing on websites like Kickstarter and IndieGoGo. The creators of Smart Duvet initially wanted a duvet that could have self-making capabilities. The idea behind the technology was to have a pump placed inside the layer of the existing duvet and the duvet cover. As air pumps through the layer, the duvet is forced to return to its original shape. The idea for the Smart Duvet expanded with the inclusion of heating and cooling controls. The Smart Duvet Dual Zone Climate Controlled Bed adjusts your bed to your preferred temperature level. With the dual zone feature, you can set one side of your bed to your ideal temperature and the other side to the temperature preferred by your significant other.

The Smart Duvet works with your current bedding by adding smart home features. Key features of the Smart Duvet Dual Zone Bed include:

The Smart Duvet reviews have been very positive for the new product. Consumers like the ability to control their side of the bed without having to compromise with their partners. According to the Huffington Post:

“The Smartduvet solves all heated debates between you and your bed partner, as it is split into two different temperature beds, meaning one side can be set to warm and the other to cooling.”

The tech website The Verge demoed the Dual Zone Smart Duvet at the annual CES convention in 2017. The company was impressed by not only the feature of having a bed that could be made up from your smartphone, but also a duvet with heating and cooling features.

The product has also been featured in the media on websites such as Martha Stewart, Gizmodo, and Yahoo News. The only drawbacks that reviewers have mentioned in regards to the Smart Duvet Dual Zone Climate Controlled Bed are noisy operation and the price.

Retail pricing for the Smart Duvet start at $429 for the twin size and range up to $567 for the California king. But check out their website, as they often run sales and specials with prices starting under $300 for twin and full size options.