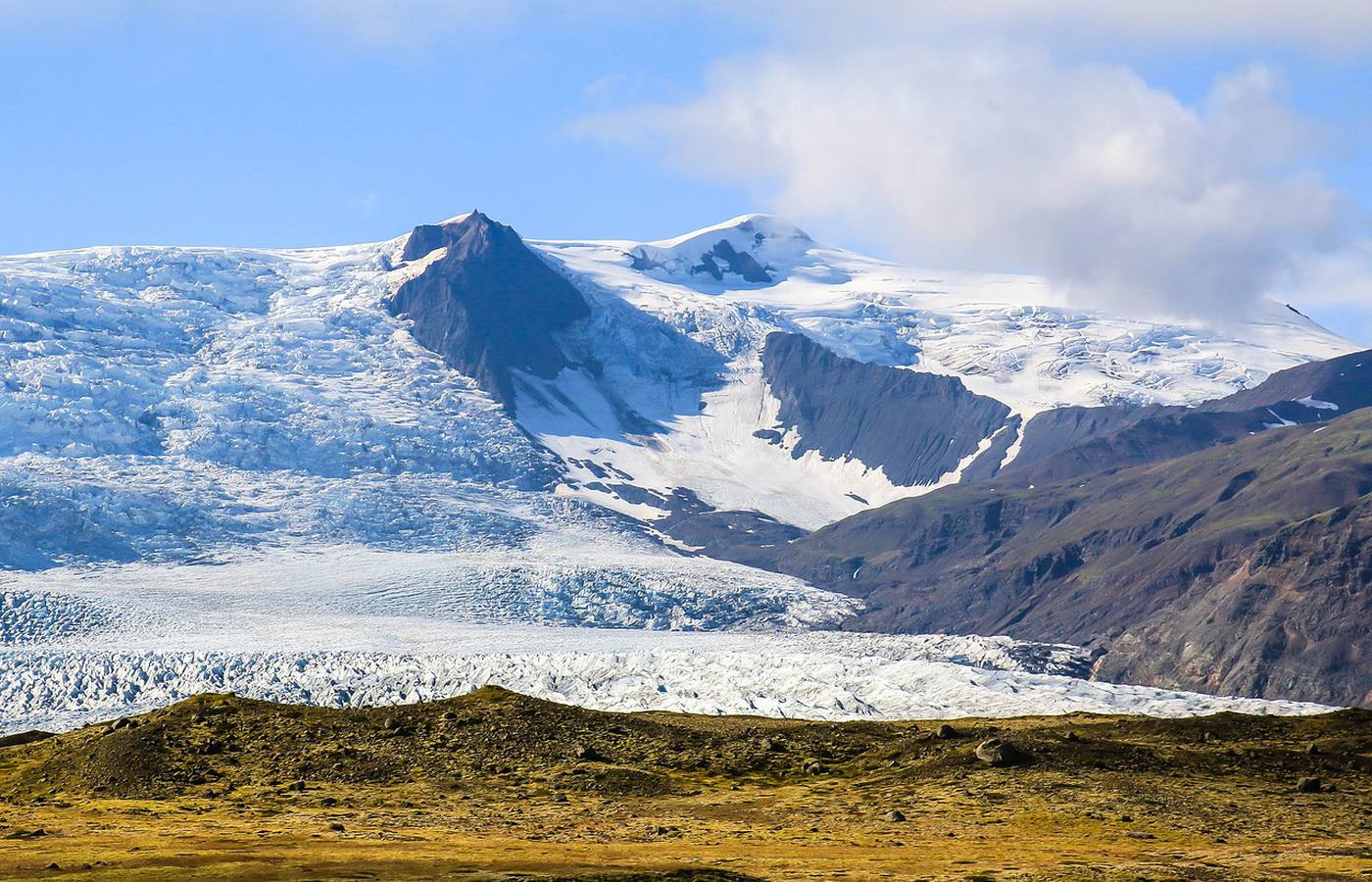 Why is Iceland So Expensive: Three Economic Factors

When the world discovers a cozy hideaway, its first response is to dump love all over it until the next thing you know, the locals want to make it worth their while.

Iceland: the Viking Version of Hawaii

Have you ever wondered why the ruddy Vikings never raided Hawaii? It's because they found Iceland first. Nestled under the armpit of the Arctic Circle, this is what they discovered on the Cuba-sized (but rounder) island:

From the 9th century, Iceland became more of a hippy commune for seasick barbarians, and all that free love resulted in a modern population of about 300,000 friendly souls. Now, if you hope to discover the secrets of the Hawaii-of-the-North-Atlantic, you must bring your pile of loot to them. Here's three economic reasons why you'll quickly part with it.

So Many Tourists, So Little Stuff

Before the rest of the world developed the huevos to approach known Vikings, and before Rudolph retired there with his harem of reindeerettes, Icelanders were content to herd sheep and go fishing. Then came the Game of Thrones, and everything changed. After they filmed some of season two on the island, Throneheads (yes, it's redundant) descended on the place like a hoard of hungry direwolves. Tourism went from a tolerable half a million per year to over a million within a four-year span, according to the Telegraph which seems to sport a stalker's interest in the island.

The care and feeding of a flowing mass of humanity three times the population comes at a price. Since domesticated Icelanders kicked the pillaging habit long ago, they're left to haul in supplies from Europe and North America, then re-sell it at rates that honor their heritage. If visitors balk, they can suck moss for nourishment. After all, the hospitality industry and the government's super-sized tax load isn't going to pay itself.

Funny how the banksters turned the tables on a brood of Vikings in 2008. The same types of Ponzi schemes that brought the civilized world Bernie Madoff almost slaughtered the more insular economy of the island. But new and improved Ponzi schemes have restored balance, and now the Icelandic krona enjoys superior strength against the Monopoly Money of the rest of the western world. The one-dollar-to-a-krona exchange means you'll pay $15 for your Big Mac in the capital city of Reykjavic — which obviously serves you right because who would eat under the golden arches when they're in quaint, exotic Iceland anyway? Nevertheless, vittle and bed prices only go up from there.

What You Miss if You Don't Go

Even though you need to amass a fortune to fund a trip to Iceland, it's well worth it. Here's a bit of what you'll experience:

If you find yourself drowning in a whirlpool of filthy lucre, Iceland wants to throw you a rope.

The Most Expensive Pro Scooter and What Makes it Worth It

The Most Expensive Quadcopter and What Makes Them So Valuable